Colleges would like to be able to place holds on the release of academic transcripts, grade reports and diplomas because of student failure to fulfill their financial and administrative obligations to the college. These obligations might include education loans (e.g., defaulting on institutional loans, Direct loans), participation in exit counseling, unpaid fines (e.g., for parking tickets or failure to return library books), and other indebtedness (e.g., unpaid tuition and fees). Information compiled below is helpful for students affected by this situation.

Section 485(b) of the Higher Education Act of 1965 requires colleges to make exit counseling available to borrowers, but there is no requirement that borrowers participate. If a borrower withdraws without the school’s prior knowledge or fails to complete exit counseling, the school is required to provide online counseling or to mail written counseling materials to the borrower’s last known address, and to document the school’s compliance. The following is an excerpt from the FFELP regulations at 34 CFR 682.604(g). Similar language appears in 34 CFR 685.304(b) for Direct Lending and 34 CFR 674.42(b) for the Perkins loan program.

(4) The school must maintain documentation substantiating the school’s compliance with this section for each student borrower.

Page 2-105 of the 2006-2007 Federal Student Aid Handbook adds “If you’re mailing these exit materials, you’re not required to use certified mail with a return receipt requested, but you must document in the student’s file that the materials were sent. If the student fails to provide the updated contact information, you are not required to take any further action.”

The Family Education Rights and Privacy Act (FERPA) [20 USC 1232g and 34 CFR 99] gives students the right to inspect and review their own education records. In particular, 34 CFR 99.10 (d)(1) requires the college to provide the student with a copy of the education records if circumstances prevent the student from inspecting and reviewing the records in person. Since the definition of education records includes an academic transcript, FERPA effectively requires colleges to provide a student with a copy of his or her academic transcripts if the student does not live in the local area or is otherwise incapable of inspecting the records in person. (34 CFR 99.10(d)(2) permits the college to “make other arrangements for the parent or eligible student to inspect and review the requested records”, so a college could potentially fulfill the requirement by means other than providing a copy.)

Such measures are compliant with FERPA but render the transcript useless for other purposes, including any that require an official copy of the student’s transcripts sent directly from the college.

Per 34 CFR 99.11(a), the college may charge a fee for the copy of the academic transcript provided that it does not effectively prevent the student from exercising his or her right to inspect the records.

The federal Freedom of Information Act (FOIA) [5 USC 552] does not speak to academic records, but many state versions of the FOIA exclude academic transcripts from disclosure. This prevents a student from using a FOIA request to obtain a copy of his or her academic transcripts from a public college. (The Freedom of Information Act does not apply to private colleges.)

Academic transcripts of an institution of higher education established under section 5, 6, or 7 of article VIII of the state constitution of 1963, if the transcript pertains to a student who is delinquent in the payment of financial obligations to the institution.

However, even with such an exemption, public colleges may be subject to a constitutional challenge if they refuse to provide academic transcripts.

US Department of Education Guidance

Dear Colleague Letter CB-98-13 indicated that colleges were permitted, even encouraged, to withhold academic transcripts in cases involving defaults on Title IV loans, but not required to do so.

Page 1-69: “A school can withhold academic transcripts from students who are in default or owe an overpayment if it wishes, but it must release financial aid transcripts or financial aid history information at the request of the student or another school.”

Page 1-74: “A school can’t withhold FAT information for a student who owes a debt to the school (such as unpaid tuition and fees, or a library fine or parking fine). However, the Department doesn’t discourage the withholding of official academic transcripts in compliance with applicable state laws.”

This guidance was omitted from subsequent editions of the Federal Student Aid Handbook, presumably because paper financial aid transcripts were eliminated.

In the discussion of 34 CFR 674.31 in 59 FR 61399 (11/30/1994), the Department wrote that “Withholding the official academic transcript is in violation of the Family Educational Rights and Privacy Act (FERPA), regardless of whether the borrower has signed such a provision in his or her promissory note. Such a provision may not be included in the promissory note.” However, in the final regulations published the day before, the Department wrote that “An institution may withhold a student’s academic transcript until unpaid charges are paid if it so chooses. However, the Secretary notes that an institution may not withhold a student’s financial aid transcript until unpaid charges are paid.” The Department subsequently clarified that colleges may withhold official transcripts if they provide the students with unofficial transcripts in compliance with FERPA. It was merely reversing prior guidance (1994-1995 Federal Student Aid Handbook page 6-16) that permitted colleges to add “a provision that it will not release a student’s academic transcript if the student is in default” in the promissory note.

42 USC 292n(a)(7)
Notwithstanding any other provision of this subpart, the Secretary is authorized to prescribe such regulations as may be necessary to provide for —
…
(7) the withholding of services, including academic transcripts, financial aid transcripts, and alumni services, by an institution from a borrower upon the default of such borrower of a loan under this subpart, except in case of a borrower who has filed for bankruptcy; …

A school is authorized to withhold services from a HEAL borrower who is in default on a HEAL loan received while enrolled in that school, except in instances where the borrower has filed for bankruptcy. Such services may include, but are not limited to academic transcripts and alumni services. Defaulted HEAL borrowers who have filed for bankruptcy shall provide court documentation that verifies the filing for bankruptcy upon the request of the school. Schools will also supply this information to the Secretary upon request. All academic and financial aid transcripts that are released on a defaulted HEAL borrower must indicate on the transcript that the borrower is in default on a HEAL loan. It is the responsibility of the borrower to provide the school with documentation from the lender, holder, or Department when a default has been satisfactorily resolved, in order to obtain access to services that are being withheld, or to have the reference to default removed from the academic and financial aid transcripts.

Note that in cases involving bankruptcy, the school is required to indicate on the academic transcript that the borrower is in default on the HEAL loan.

Colleges may not withhold an official transcript after the filing of a bankruptcy petition or after the discharge of education debts under either Chapter 7 or Chapter 13. This stems from three provisions of the bankruptcy code:

While the anti-discrimination provision is limited to public colleges, the automatic stay provision and discharge injunction apply to both public and private colleges.

Within the context of these provisions of the bankruptcy code, the withholding of official academic transcripts is interpreted as an action to collect a pre-petition debt and hence is prohibited during the pendency of the case or after a discharge of the education debt is granted. It is only if and when the discharge of the education debt is denied or the case dismissed that a college may again withhold official transcripts.

However, in a case involving Temple University, In re Billingsley, 276 B.R. 48, 53 (Bankr. D. N.J. 2002), the bankruptcy court broke with precedent and found that the college’s refusal to release academic transcripts was not a violation of the automatic stay provision because the student loan was nondischargeable. The court’s decision depended on the decision of the Third Circuit Court of Appeals in Johnson v. Edinboro State College, 728 F.2d 163 (3d Cir.1984). The judge ruled that withholding an academic transcript was merely a refusal to perform on a contractual obligation to provide a service after the student had previously breached a material term of the contract. (Juras v. Aman Collection Serv., Inc., 829 F.2d 739, 742-43 (9th Cir.1987) characterized an academic transcript as a service and not as property.)

Yet subsequent court cases in Florida questioned the court’s reliance on Citizens Bank of Maryland v. Stumpf, 116 S.Ct. 286 (1985), arguing that the New Jersey bankruptcy court overlooked the temporary nature of the administrative hold in Stumpf. The Florida court also noted that a prior case, In re Reese 38 B.R. 681 (Bankr. N.D. Ga. 1984), considered and rejected the argument that the debt would be nondischargeable, especially since the academic transcript is necessary for the debtor to find employment or continue her education. It is thus likely that the nondischargeability of a student loan is insufficient basis to justify withholding official academic transcripts during the automatic stay period in a bankruptcy case.

However, outside of a bankruptcy case, the decision will be controlled by contract law, and failure to pay a financial obligation to the college will be seen as a breach of contract. In such a situation the college is likely to prevail, assuming that the circumstances under which the college will withhold transcripts are specified in the written policies of the college and the college is not being unreasonable or arbitrary in its enforcement of those policies.

It is beyond the scope of this article to review all state laws relating to the withholding of academic transcripts. Colleges would be well advised to seek the advice of counsel regarding the state laws that may apply.

In many cases, however, state law permits colleges to withhold academic transcripts for failure to fulfill financial obligations except in cases involving bankruptcy. Examples include:

Public colleges should seek an opinion from the state attorney general, as they may be prohibited from withholding transcripts on constitutional grounds.

In order to enforce a right to withhold academic transcripts and diplomas, colleges should establish written policies that specify the circumstances under which the college will refuse to provide these and other student records. Such a policy should state that official academic transcripts will be withheld for failure to pay tuition, for default on an education debt or failure to repay an education grant overpayment. The policy should also provide an exception for cases involving bankruptcy. It should allow students a single unofficial copy of the academic transcript. It should indicate whether and how unofficial transcripts may be marked, such as whether they will be stamped with the words “UNOFFICIAL” or note unpaid financial obligations to the college.

It would be advisable to include this policy on the application for admission and in the student handbook and college catalog. The American Association of Medical Colleges has issued a set of Guidelines for Medical Schools Regarding Academic Transcripts which gives similar advice regarding the publication of the policy in the student handbook and college catalog. The goal of having a written policy is to establish the policy as a contractual obligation. Failure to publish a written policy may make such a policy unenforceable. 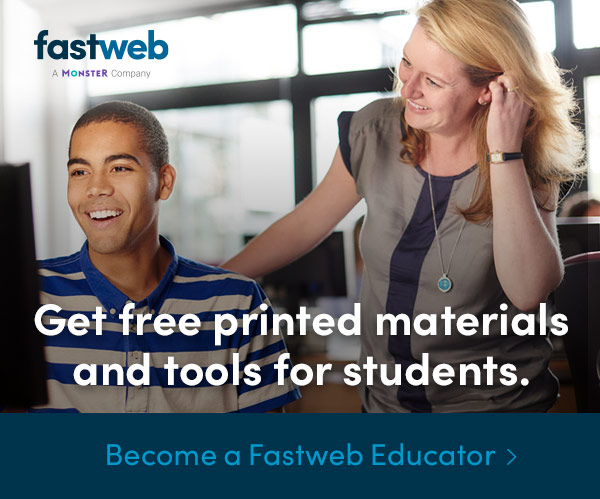 Get to Know Finaid